Reader Question: Is There Any Type Of Ivory That Is OK To Buy?

HowToSpendItEthically.Org Answer: No, Here’s Why 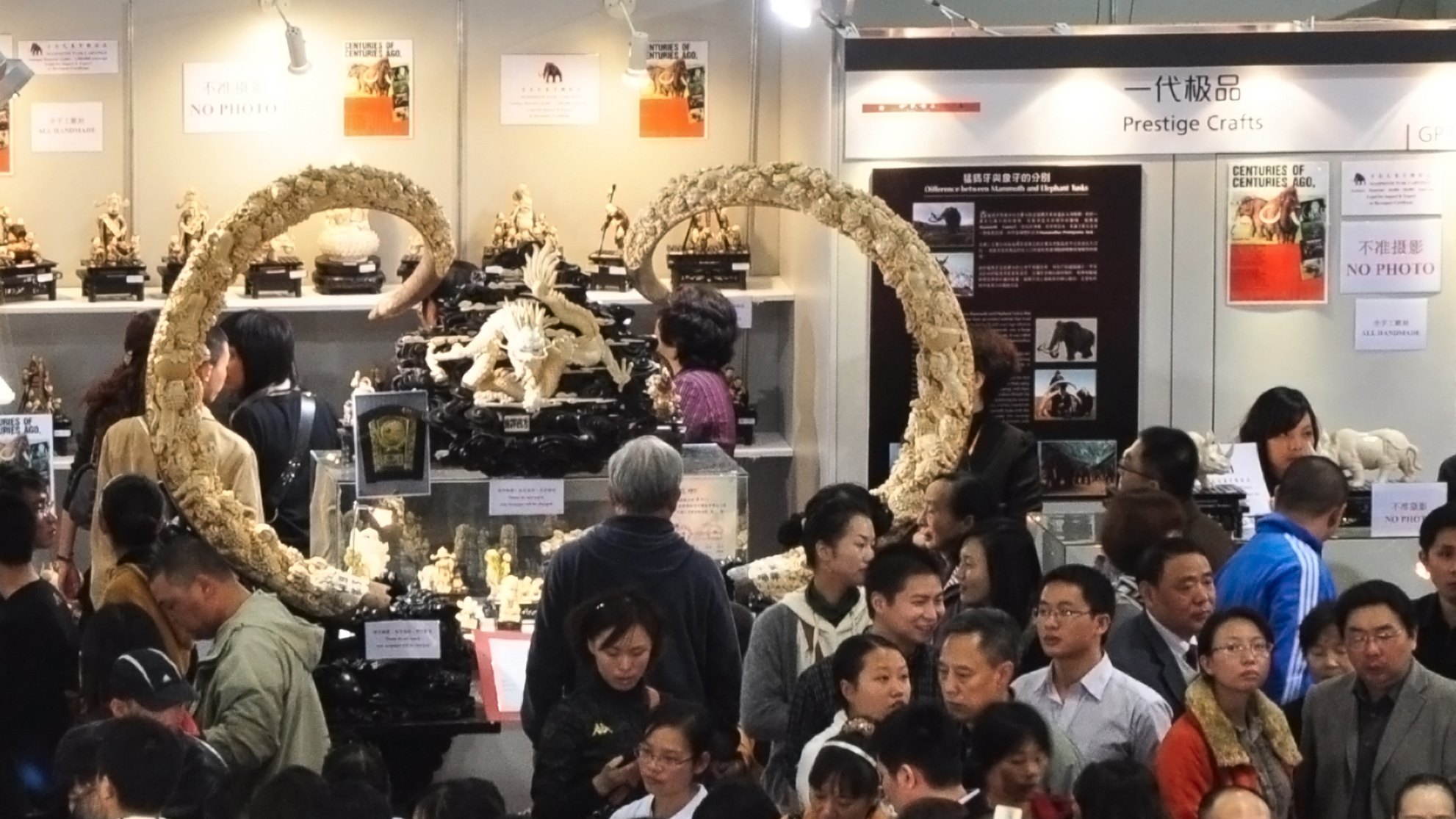 HowToSpendItEthically.Org is delighted to receive a reader question on such an important issue. In providing an answer the publication has chosen to sidestep ethical considerations, which have been discussed in detail for decades. What is covered is the business of ivory and specifically how supply chain monitoring problems enable easy laundering of illegal ivory into the legal marketplace. The lack of transparency and under-resourcing for monitoring means there is no guarantee that ivory purchased comes from a historic, pre-ban pool. The legal and illegal trade are so intertwined they are in effect inseparable and this has enabled the industrial-scale slaughter of elephants in recent decades. The flaws in the trade system for ivory are not new, and the antiques and auction house industry, who are the main beneficiaries of this trade, have chosen to invest nothing in modernising the industry’s supply chain. Over the years, they have, however, chosen to pay for lobbying to maintain the trade.

The primary problem is that global tracking for ivory shipments is effectively non-existent. As an example, the trade in elephant specimens (mainly ivory but some skin) recorded that the amount exported from the UK to Australia between 2010 to 2016 totalled 2,953 units. Over the corresponding timeframe, the number of elephant specimens recorded as imported from the UK to Australia totalled 3 units. Where did the 2,950 units of ivory go? Given that Australia is one of only a handful of countries that mandates import permits, this discrepancy is nothing short of astonishing; 99.9% of this ivory simply disappeared and no one can explain how, or exactly what a ‘unit’ is for that matter. The antique and auction industry’s go to statement in relation to ivory sales is “we comply with all CITES [the trade regulator] rules”.

When the State of New York reviewed its position on ivory sales a few years ago, it invited input from the antiques and auction house industry.

Sotheby’s statement included “Some changes to the current law would be appropriate and may include things like: stiffer penalties for illegal ivory trade”. And from Christies “Christie’s welcomes the strict and regulated [in reality obsolete and ineffective] legal ivory marketplace…Legislation strengthening New York’s licensing process, supporting better enforcement efforts, and increasing penalties for the sale or possession of illegal ivory, may be appropriate.”. While both Sotheby’s and Christie’s supported ‘increased penalties’, neither acknowledge that, while they were making profits from selling these items, the monitoring, policing and prosecution costs aren’t part of their business model. They don’t pay the true cost of the sale, instead the industry is free riding on the trade of endangered species.

When the world talks about ivory and poaching, it tends to talk about elephants, but there are other species that don’t get very much attention. Just one is the hippo, with a 2018 report highlighting similar discrepancies for hippo teeth exported from Uganda to Hong Kong. The missing teeth amounted to 14,000kilograms representing 2,700 individual hippos, some 2% of the global population. One of the authors of this paper, Alexandra Andersson, commented “A quick scan of the records demonstrates that vast and consistent data discrepancies are clear in many cases, and that the true volume of many traded endangered species is simply unknown. This is alarming, considering the reason that all of these species are included in CITES is because they are vulnerable to over-exploitation, and extinction”.

One final example important to consider is that of mammoth ivory. A 2019 article written for Fashion Theory, Mammoth Tusk Beads and Vintage Elephant Skin Bags: Wildlife, Conservation, and Rethinking Ethical Fashion outlines the problem of mammoth ivory. Under the melting permafrost of the Siberian tundra, emerges a mass graveyard of woolly mammoths.

In the first instance such ivory may seem ethical in its credentials. Yet, as the article states “it has spawned a new supply chain of illegal elephant ivory, masquerading as its ancestral forbear.”

Too many sustainable fashion influencers have represented mammoth ivory jewellry incorrectly as eco-friendly and sustainable, completely missing the point that any market for, even legally sourced, ‘vintage’ products provides opportunities for laundering ivory from post-ban killed elephants. Even Michelle Obama – someone who rarely puts a foot wrong – wore a necklace and bracelets of mammoth ivory; the degree to which someone like Michelle Obama influences purchasing behaviour can be seen from the immediate worldwide discussions of her VOTE necklaces. 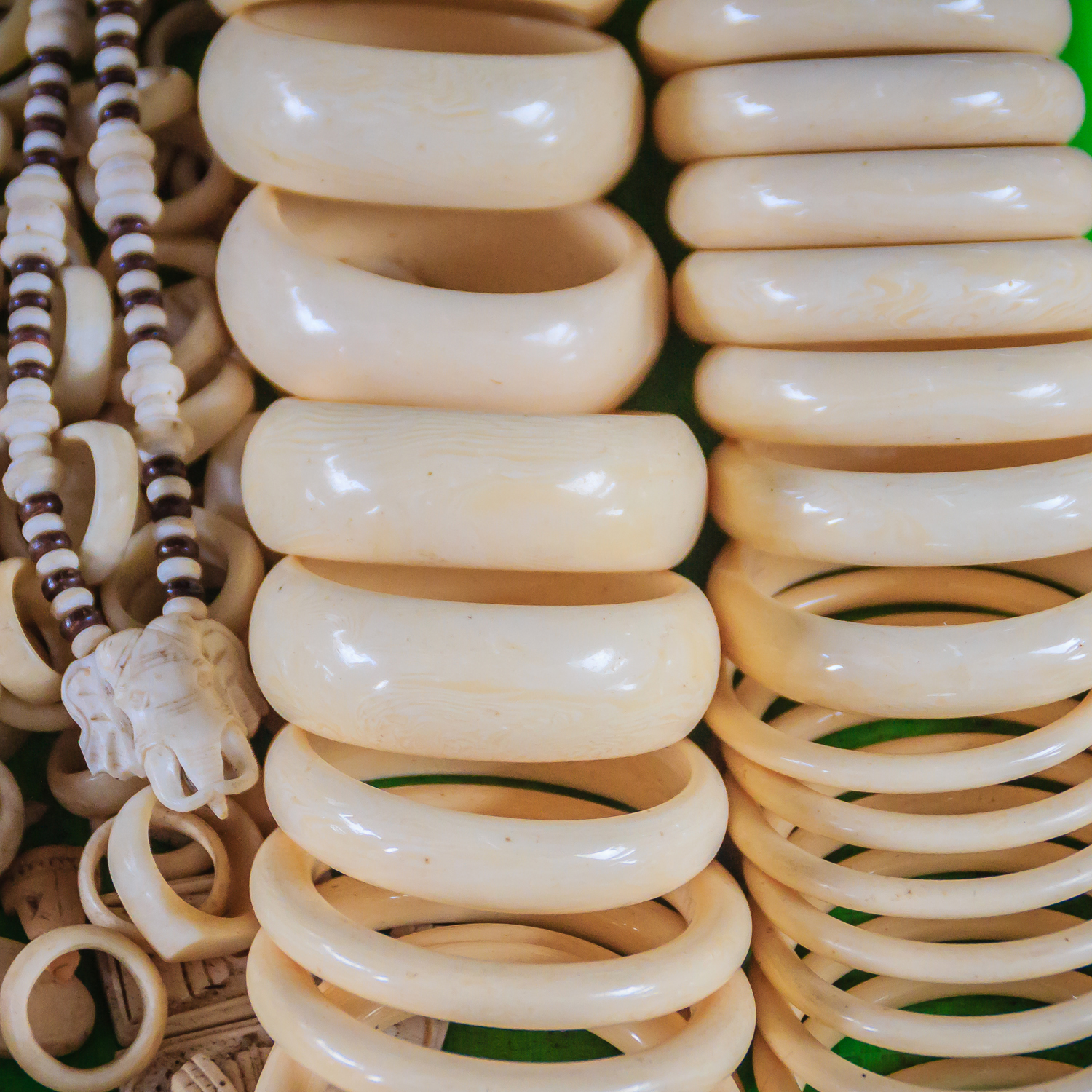 While jewellers and carvers working with ivory say elephant and mammoth ivory are easy to tell apart due to the presence of their respective Schreger patterns, such identification is not an easy task for consumers.  And once the ivory has been carved these patterns are not easy to see. Consumers are also often duped when new elephant ivory is coloured using tea or almond oil to appear old, while at the other end of the spectrum some ivory traders lure in gullible customers with marketing materials saying mammoth ivory has the same colour and lustre as new ivory!

If you are still not convinced that a global ban on the trade of all ivory, no matter the age, is long overdue, I leave you with a comment from Donalea Patman, Founder of Australian NGO For the Love of Wildlife, who has been leading the push to close the domestic trade in elephant ivory in the country, “Our antiques industry can’t be trusted as they happily tell their customers if you want to take your ivory in and out of the country, we’ll create a document that says it is camel bone or resin because we know customs can’t tell the difference”

And finally, check out two great campaigns, from either side of the world, showing why this trade needs to be gone for good.